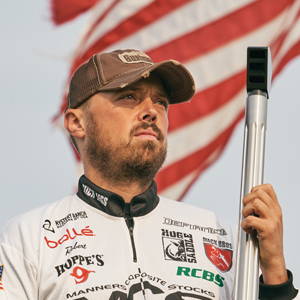 A Louisiana native, Robert has been a shooting and hunting enthusiast his entire life. With a passion for anything long range, Robert starting shooting competitively in 2009 through the PRS circuit. Later, Robert would transition those skills into Extreme Long Range (ELR) competitions. In 2018, Robert set the long-range community on fire, winning the King of 2 Mile competition by the largest percentage ever recorded in match history. Not stopping there, Robert returned in 2019 and finished the match in 2nd place, becoming the only King of 2 Mile shooter to ever place in the finals in subsequent years.

While his large smile and friendly personality are known throughout the shooting community, Robert is meticulous in his shooting preparations and his competitive drive is unmatched. Robert is also the Sales Manager for Manner Stocks and when not competing, you are likely to find him in the woods in pursuit of everything from wild hogs to coyotes and giant whitetail.